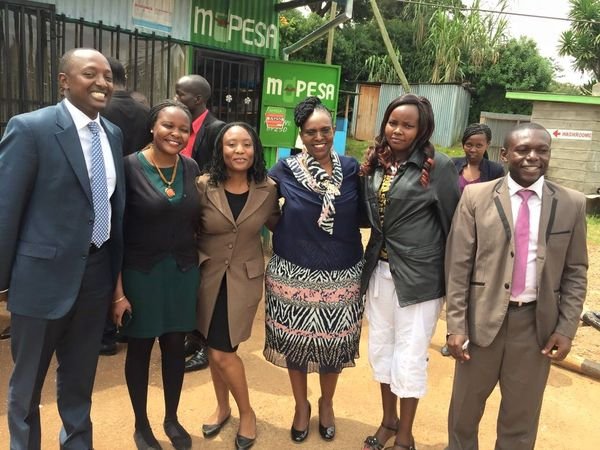 The World Health Organization (WHO) points out that many school children experiment with alcohol before the age of 12 and that pre-teen alcohol initiation, which continues into adolescence and worsens, leads to adverse health outcomes among the youth. Alcohol abuse among the young people has been blamed for the spread of HIV/Aids and anti-social behaviour.

In Kenya, the situation is dire especially in Central Kenya, prompting an aggressive executive directive by President Uhuru Kenyatta for a more pro-active campaign against alcohol abuse in the region. The gusto at which Kenyans have picked up the fight shows how fed up they were with the menace.

It’s for this reason that the Straight Talk Foundation Kenya, The County Government of Kiambu led by the CEC member for Youth and Sports, Kiambu Mr Machel Waikenda, Youth Senate,  Home rehabilitation Centre in partnership with Kiambu youth leaders and other leading grassroots youth organizations and CSOs met at Riverside Hotel in Kiambu for a stakeholders meeting to strategize on how confront the menace.

Different speakers highlighted the need to engage the entire community in this fight, as many youths were initiated into drug abuse by the communal environment and cultural background they found themselves in.

#KataaUlevi, a Six week  multi pronged anti-drug campaign initiative was also officially launched. The program will see the participating organizations come together to form a consortium. The consortium, after relevant training will visit schools and villages sensitizing people on the adverse effects of alcohol.

Noting that alcoholism is a disease, Madam Gladys Chania, Kiambu county Liquor regulation chairlady  explained that addicts need love, care and treatment. This, she pointed out, would assist in quick recovery.

Kiambu CEC member for Youth and Sports Mr Machel Waikenda, who was present in the meeting expressed the collective resolve and goodwill of the county government in the fight against alcoholism in Kiambu

A high prevalence of drinking at an early age bodes ill for the psychosocial development of the youth because of the increased risk for alcohol–related problems like poor school performance, more substance–use and other co–occurring problems, tobacco use, sexual activity, violence, drunk driving, suicide, delinquency, unintended pregnancies, and sexually transmitted diseases.

Research presentations at previous conference organised by NACADA showed high rates of alcohol and drug abuse were witnessed in several secondary schools. Cigarettes stood at 77 per cent followed by bhang at 68 per cent. Khat (Miraa) was third at 61 per cent while alcohol was fourth with 58 per cent according to the report.

Trends in alcohol and drug abuse among students showed that 22 per cent of high school students were using drugs in 2001 after a research by Nacada. The agency, last year said about 11.7 per cent of youth aged between 15 and 24 consume alcohol while approximately 6.2 per cent use tobacco. A study carried out by Great Lakes University in 2009 showed alcohol and drug abuse among secondary school students in Kenya had doubled in 10 years.

Under-age and rural children have not been spared. According to NACADA, rural children are more likely to have consumed traditional liquor and Chang’aa than urban children.