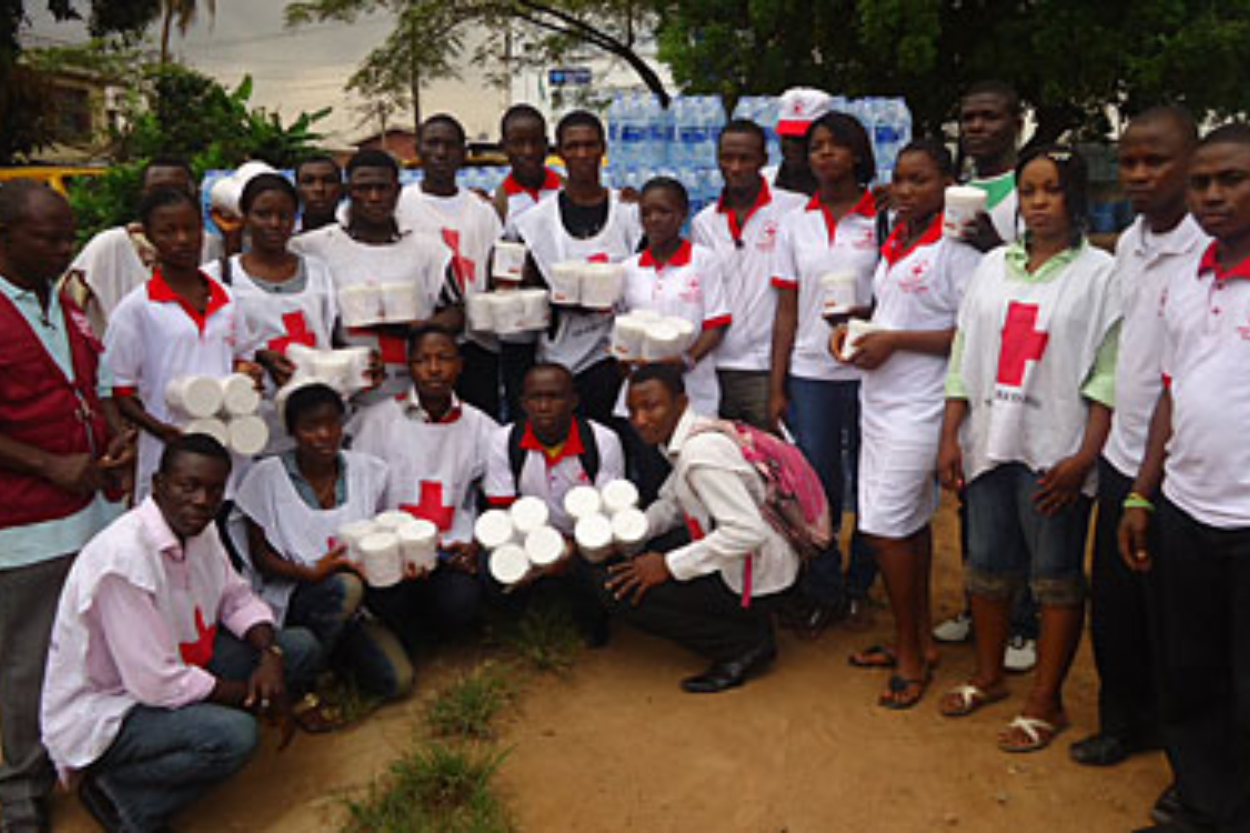 Leaving the busy, bustling city of Nairobi, Straight Talk’s  health officer Mr Kimathi Marangu and a team of Six peer facilitators meander through the city slums, as they rush to join their counterparts from the Kenya Red Cross  who are already eagerly waiting outside Kenya’s biggest maternity hospital Pumwani. Today is another joint outreach day, and the beneficiaries this time are the teenage street families of Majengo, Pumwani. Majengo is known as the biggest prostitution slum in Nairobi, with most of the commercial sex workers living with HIV

Fred, a  reformed street child, who used to be part of the gang,  but is now a gospel artiste is our guide. He was plucked from the street by a pastor and now he volunteers with the Kenya Red Cross. He shares a strong sense of kinship with these Majengo’s street families and he considers their well being as  his sole responsibility. He has been recruiting more street families for the monthly intervention outreaches where they get free sanitary towels, sexual health/family planning education and get screened for STIs and HIV before they are referred to nearby clinics.
.
Mr Kimathi is a young clinical officer at the Kenyatta National Hospital, and one of the Five health professionals who volunteer with Straight Talk.  He is passionate about  the vulnerable members of the society especially street children, teenage mothers and youth. On his back, he is carrying a back pack with free condoms from MOH  and IEC materials.  As they chat with his group about the challenges Kenyan youth face, they squeeze through the narrow allies of mud shanties where young women are seated on overturned buckets whiling away waiting for customers.

We arrive at an open ground near St Johns Community centre where the street families are waiting. There is a strong sense of family as teenage mothers  plays with their kids, and their ‘husbands’ idling on the grass still sniffing glue. Today, they have taken a break from their usual ‘hustling’ because usually, free lunch is provided by Straight Talk and Red Cross as an incentive to ‘buy their time’. They are 30 in total.

Milicent Akumu, a field officer at Kenya Red Cross starts us off with a quick introduction. We agree that we need to share food first before we start the session. The eating part is lively. Children run around as they blow balloons, suck lollipops and playfully snatch sweets and chewing gums from each other. They are led aside for songs and play to avoid creating a distraction to what will turn out to be a very serious heart to heart session.

*Agatha, (Not her real name) is a teenager, heavy with her Second child. The firstborn is still strapped on her back. “That man (a teenage boy of course, but looking 30 years old because of drugs) is my husband..” She points at one of the boys leaning on the wall. “Si kila mtu anajua!”(Everyone knows that i am your husband!) The boy retorts.