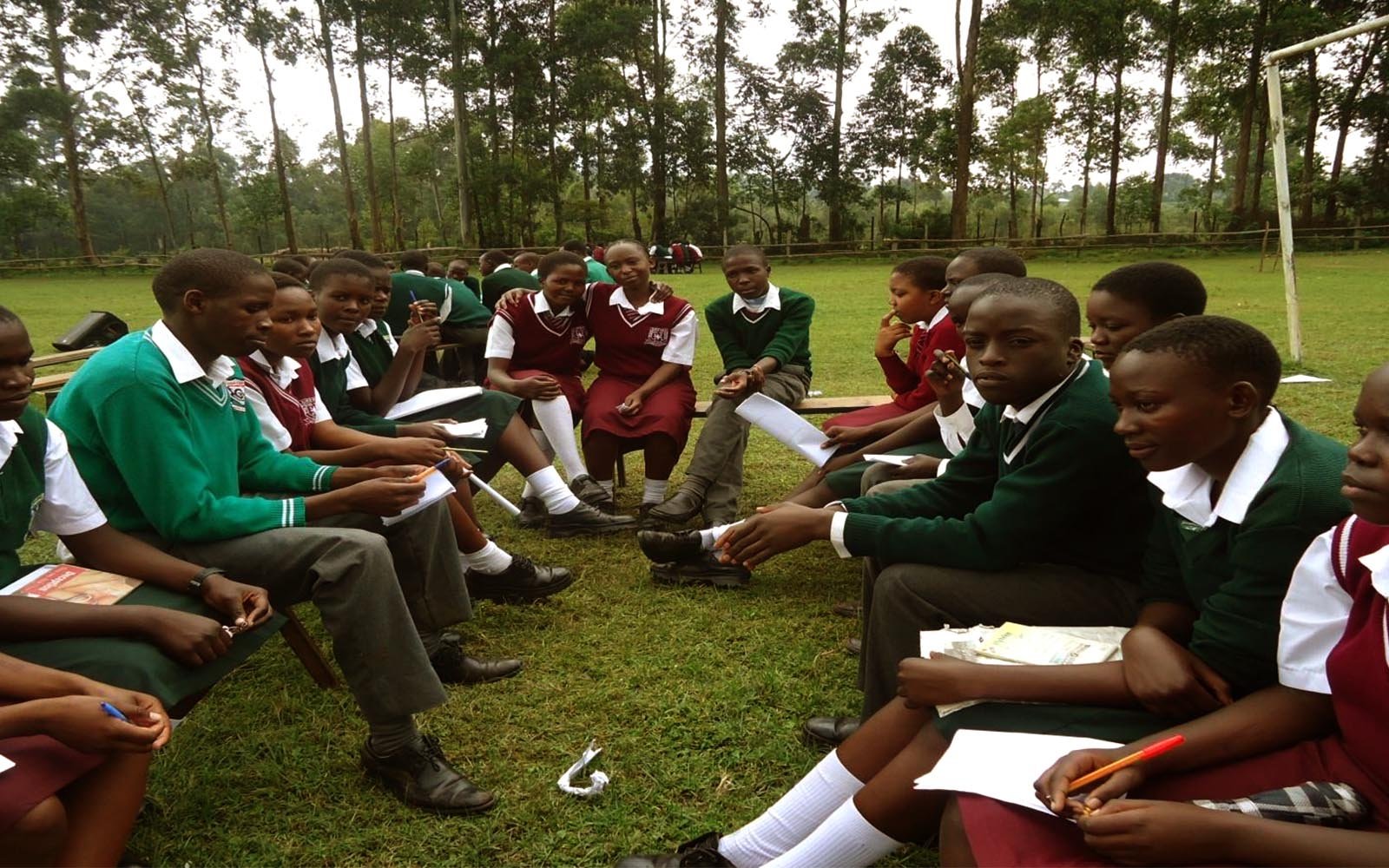 The Regional symposia started at 11.00 a.m. with a prayer from Syprine Nyamisa, teacher at Sironga Girls School. About 400 students attended accompanied by about 20 Straight Talk Club patrons.  Students presented songs, dance and Drama in the form of variety shows. We gave them a brief moment of entertainment.

A teacher, Madam Rose, was the first speaker who presented in-depth and well researched information on behavioral change. She described the causes, effort and implications of HIV/AIDS pandemic. Students were surprised to learn that she was living positively and that she has lived with the virus since 2003. What impressed them most was the hope Mueni had; to live up to her retirement as a teacher. Students were allowed to ask questions about HIV/AIDS.

After a brief interlude of music, students were divided into focus groups to discuss on various topics that affect them morally, socially academically and economically e.g.

As students were divided into their groups, patrons were talked to by the Straight Talk and LVCT team on the need to know and discuss one’s HIV status to the family. This was a very interactive session for us all. After lunch and entertainment Madam Rose, Dennis Otundo from Straight Talk Foundation and Mr. Shiveka from LVCT answered all the queries that were earlier raised by students on HIV/AIDS.

After one hour of intense discussions, students were recalled and group leaders from each of the nine groups presented their deliberations to the audience. All the nine topics were adequately covered. Final copy shall be sent to participants via their emails.

Students were also moved by a story of a 27 years old student from Nyamagwa Boys High school who confessed of being a former drug baron, addict and later a convict. They heard that after he sat for his KCPE exams from the cells, the government intervened and admitted the boy at Nyamagwa Boys School in Kisii while undergoing rehabilitation.  “ I have since reformed, and now I have taken it upon myself to visit schools and warn fellow students about dangers of drugs, and substance abuse.

Richard Magembe was our last speaker who has authored a Kiswahili book on Vitendawili, which is yet to be published. He tackled the topic of intergenerational relationships and showed the youth how they are ruined by sugar mummies and illuminati (a secret society on devil worship). He narrated to the attentive students how he contracted HIV from one Thaarabu musician at the Coast. The lady gave him 10,000/= but ruined his life completely. Already he has accepted his status and is out telling youths not to indulge in risky sexual behavior. Our symposia ended with a brief entertainment session, at 6.00 o’clock. Students, Straight Talk club members and clubbs patrons confessed that they learnt quite a lot from this Straight Talk clubs event..