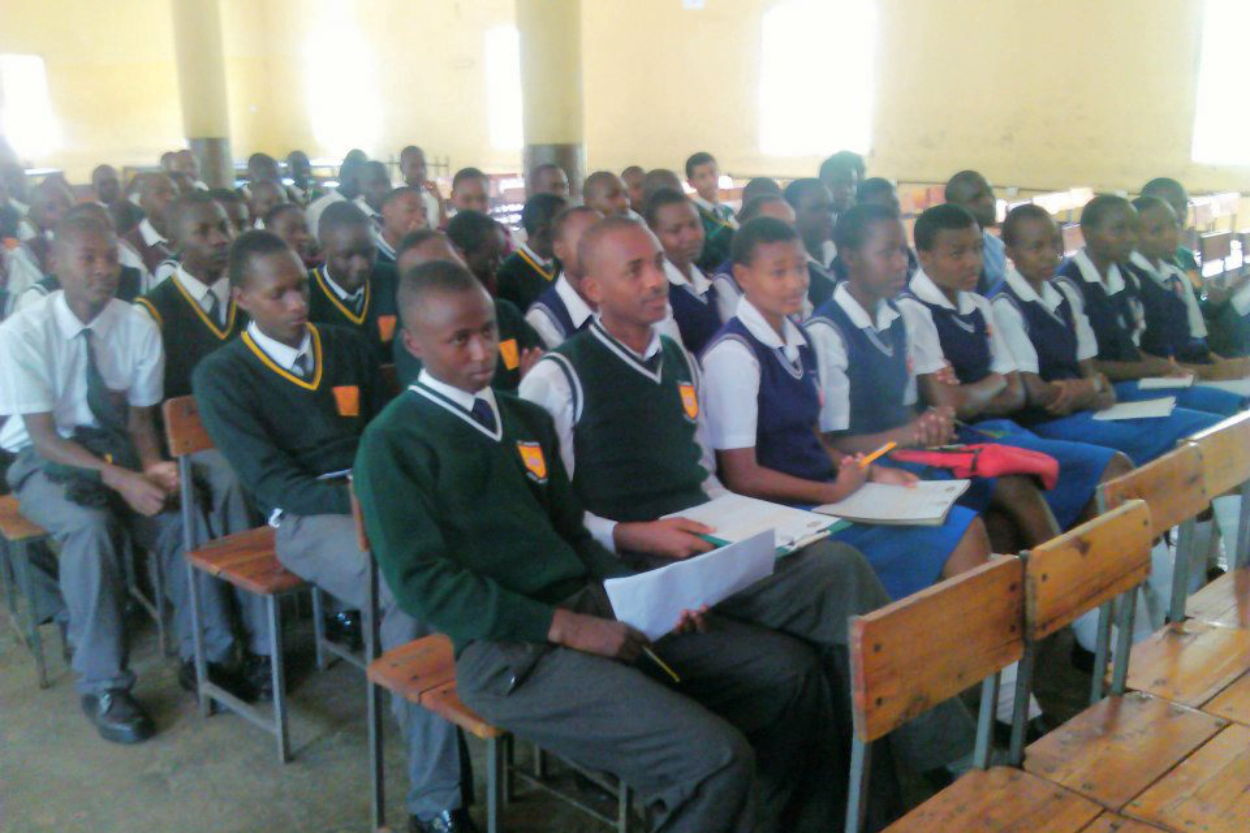 Students gather in Nairobi to challenge gender stereotypes in schools.